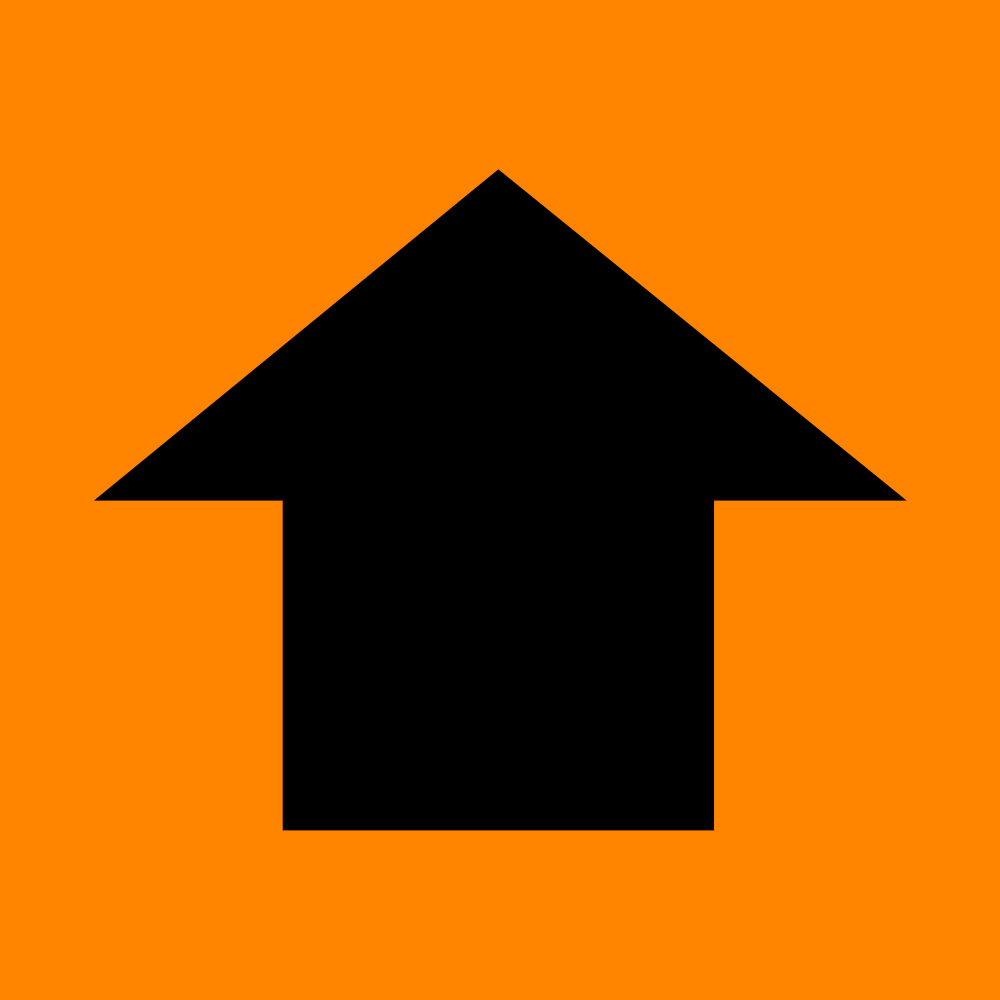 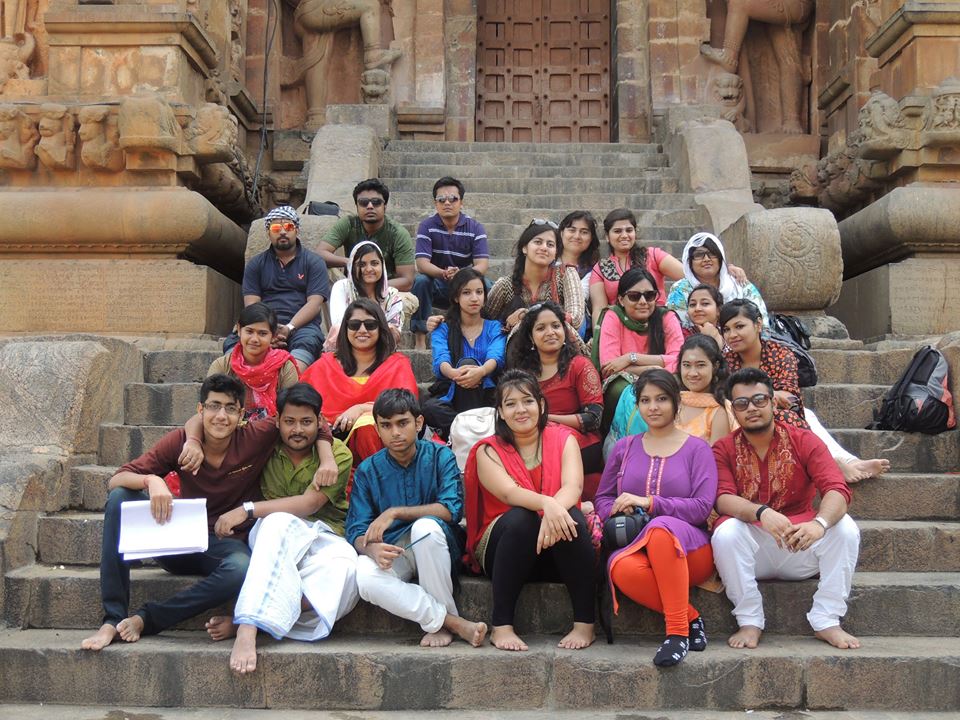 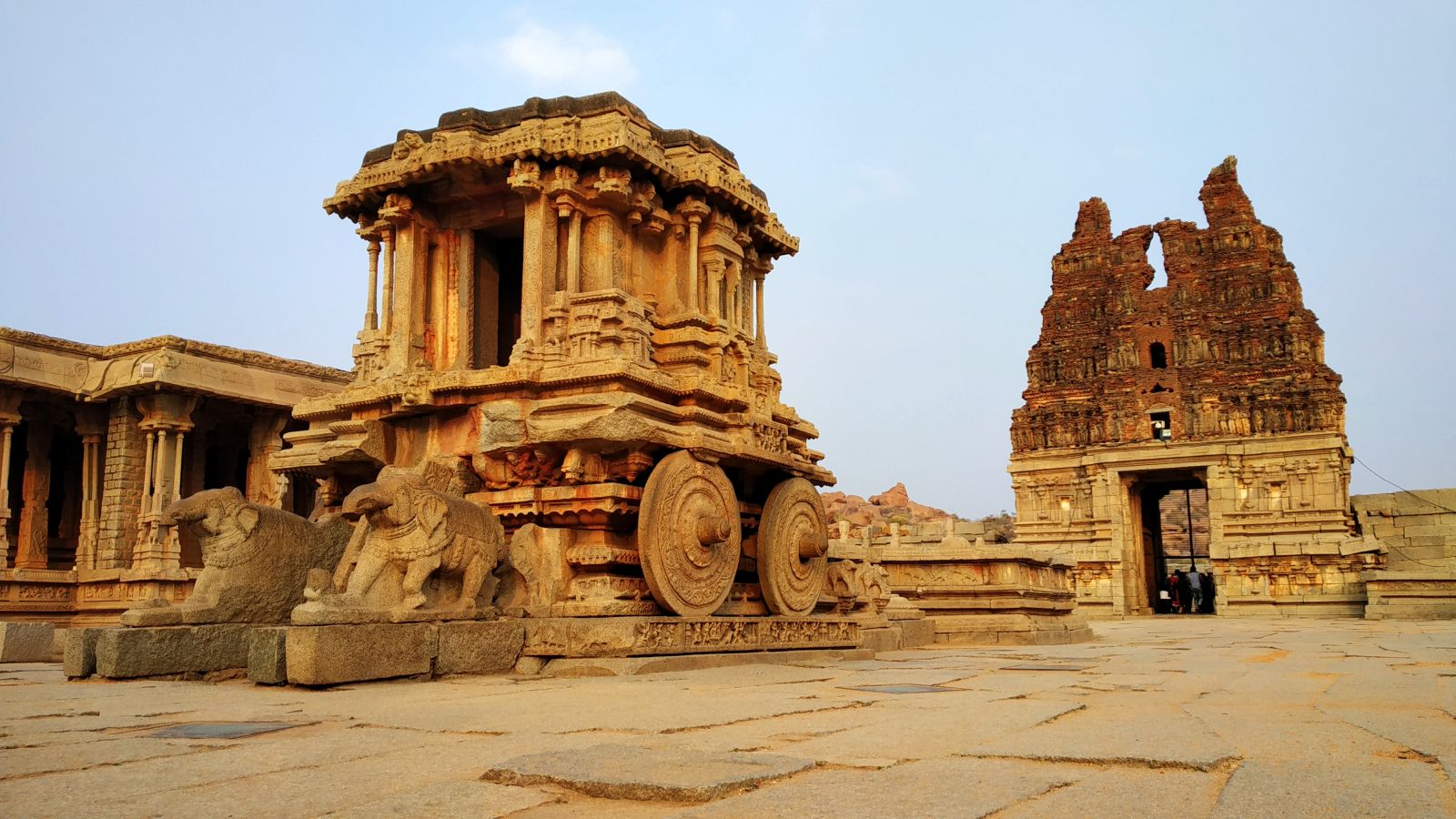 The first official opportunity that was presented to explorArchi was the complete turnkey planning and execution of the academic tour of Techno India. This being our very first assignment, we had to make sure that we put in more than our best. It seemed quite a mammoth proposition with lots and lots of challenges lined up but we accepted them with a broad smile and gritted teeth! After meticulous planning, complex coordination, countless issues and sleepless nights we were all set for the tour of South India. Our activities preceding the tour were roughly as follows:

Finally, at long last, Arnab (Our Chief Travel Officer), Subhasis (Our Travel Associate and Research Director) and I (Accommodation Planner) were designated to form the tour execution body. We set sail on 7th of January (incidentally, my birthday!). It took a few days to get accustomed to our fellow “Travel-Archis” and the prolonged train journey was just the right platform!

On the 9th January (Day 1) we reached Mahabalipuram via Chennai. The ancient historic town of Mahabalipuram was the port city of South Indian dynasty of the Pallavas. Fantastic hundreds of years old stone architectures and proximity to the sea made the visit even more refreshing! The main attractions were the Pancha rathas, the Shore Temple, Light House & the Sea Shell Museum. The lucky bonus was the Indian National Classical Dance Festival which is held for a period of mere 2 weeks every year in the month of January. And we were there to witness it in its full ethnic splendour! The pleasant sea breeze and the beautiful experience of the festival made the evening an unforgettable one. 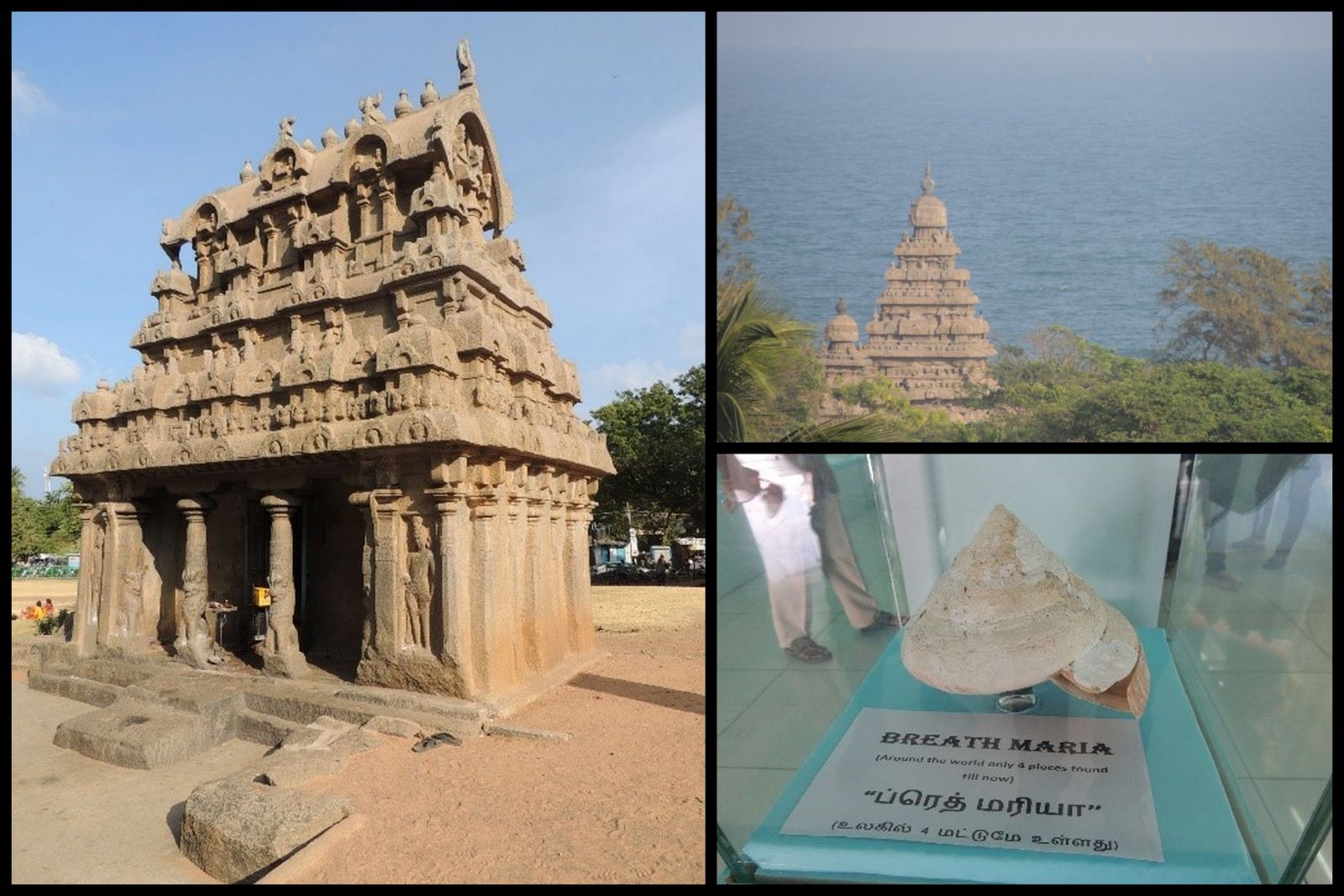 Day 2 started with an early morning visit to the beautiful Mahabalipuram sea shore and the experience of an even more exotic sunrise! After lunch we started on our 2-hour journey to Auroville. An experimental township near Puducherry Auroville was founded by Mirra Alfassa with a utopian yet exciting proposition! That people will live in harmony and peace irrespective of caste creed, community, gender, race & nationality.  The journey took us along the beautiful & picturesque east coast of India. The calm, quiet and refreshing weather of Auroville coupled with the surrounding greenery made the night a very pleasant one. The first architectural workshop for the students were scheduled the morning after. Just to make the experience of the Auroville even better, Arnab announced that the following night would be brightened by a bonfire dinner in a nearby village! It was a fun night to say the least!

Day 3 started early with a lot of huffing and running around. Get ready, push others to be ready and reach the workshop by 10! After yet another tasty South Indian breakfast the workshop faculty arrived. The entire session was a fun filled one with studies and hands on work. The students did not hesitate to dirty their hands and thoroughly enjoyed themselves. After lunch we started for Matribhoomi, the “Peace Capital” of Auroville. It was a 20-minute walk on a hot and humid day, but the experience upon arrival more than made up for the discomfort! It is aptly called the “Soul” of the city.

Day 4 was going to mark the end of the first half of the tour. After a short yet beautiful stint at Pondicherry, we started for Thanjavur, an important city during the rule of the Cholas in South India. The Journey was picturesque and the day was expended witnessing some of the best of South Indian country side.

Day 5 -- The next activity was the measure-drawing exercise for the students in the Brihdeshwarar temple complex, a UNESCO world heritage site. Brihadeshwarar Temple is one of the largest temples in India and is an example of Tamizh architecture during the Chola period. We reached early around 10 and everybody got to work. The students were divided into several groups and each group assigned a place for measurements. Around noon, after lots of sketches & complex measurements the work was finally completed and we head out for the Maratha palace. The palace was the official residence of the Bhonsle family who ruled Thanjavur for 200 years. We ended the day early since the next day would start with an early morning trip to Madurai via Trichy.

Day 6 started at 4am, with a morning train journey to Madurai. Madurai is one of the oldest continuously inhabited cities in the world and home to the famous Meenakshi Amman Temple. The temple attracts an average of 15,000 visitors a day, which grows to around 25,000 on Fridays. There are an estimated 33,000 sculptures in the temple, and it is in the list of top 30 nominees for the "New 7 Wonders of the World". A km long queue beside the temple complex helped us gauge the popularity of this temple among the people! The spectacular architecture and the stone carvings took our breath away.  In the evening, we boarded the train for our penultimate destination - Kanyakumari.

Day 7 Kanyakumari is the southernmost tip of peninsular India. Our primary interest was the Vivekananda Rock Memorial.  The memorial stands on one of two rocks located about 500 metres east of India's southernmost tip. It was built in 1970 in honour of Swami Vivekananda who is said to have attained enlightenment on this rock. In the evening we enjoyed a splendid sunset at the light house beach. 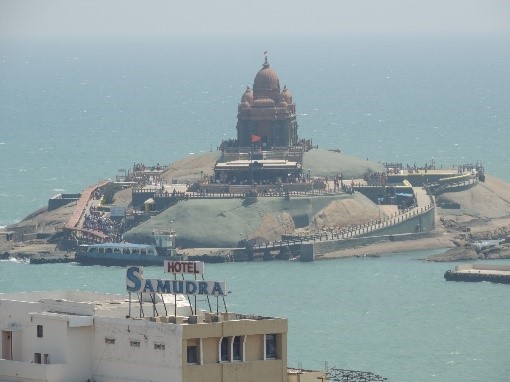 As the day ended, we realized that our tour was coming to an end and only a single conquest remained! Ironically that would be the first and last destination outside Tamil Nadu in our entire trip! 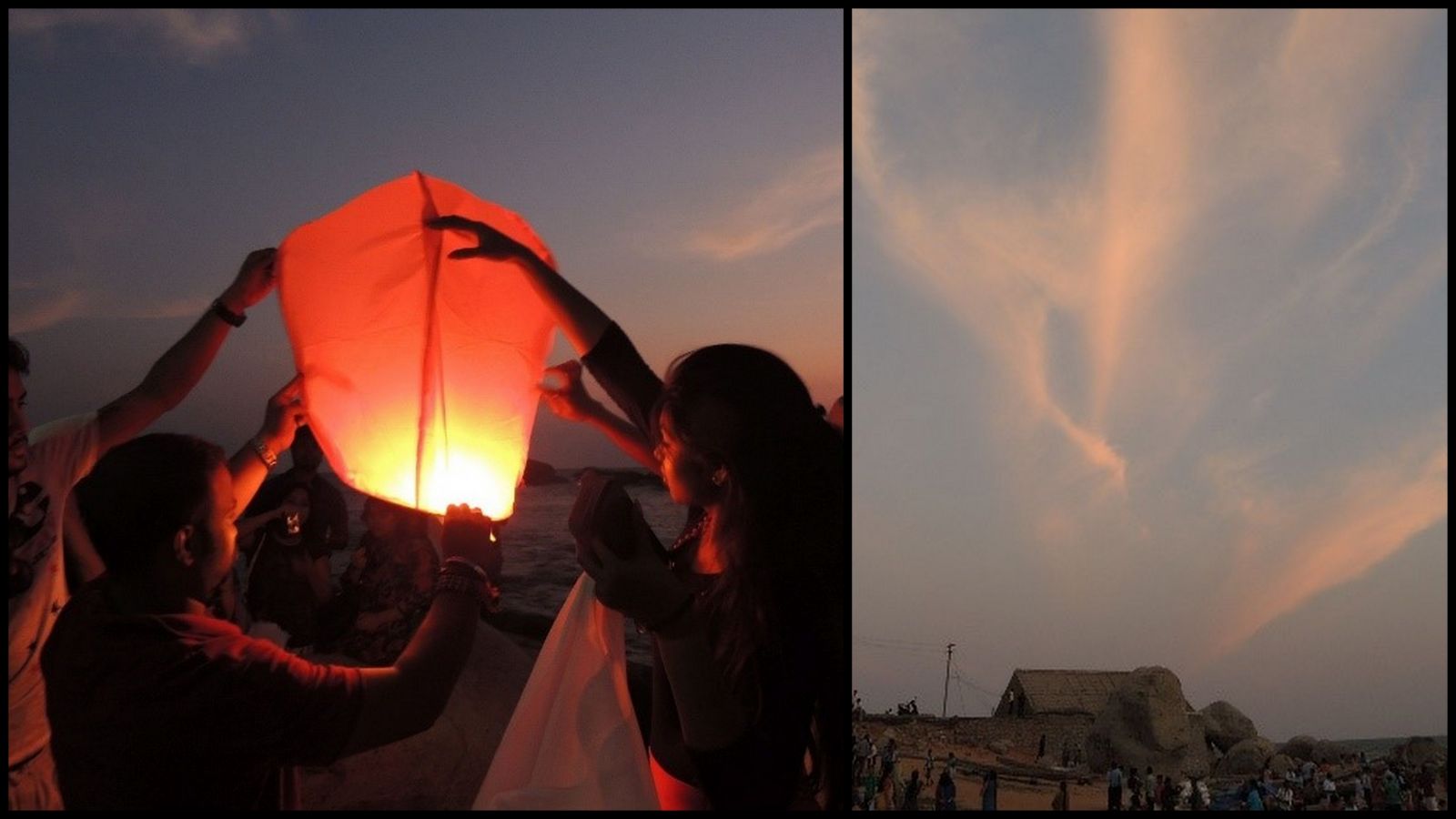 Day 8 started with a visit to the Laurie Baker Centre for Habitat Studies in Trivandrum, where the students attended a seminar on the pioneering works of the renowned architect & exponent of vernacular architecture, Laurie Baker. In the afternoon we reached Kovalam for our final night of the tour. Although tired, yet everyone wanted to enjoy the beauty of Kovalam. The refreshing cool breeze almost made the weariness go away! The entire group chatted and enjoyed beautiful food and spent hours on the beach. The following day (Day 9) we started on our journey back home, to Kolkata! 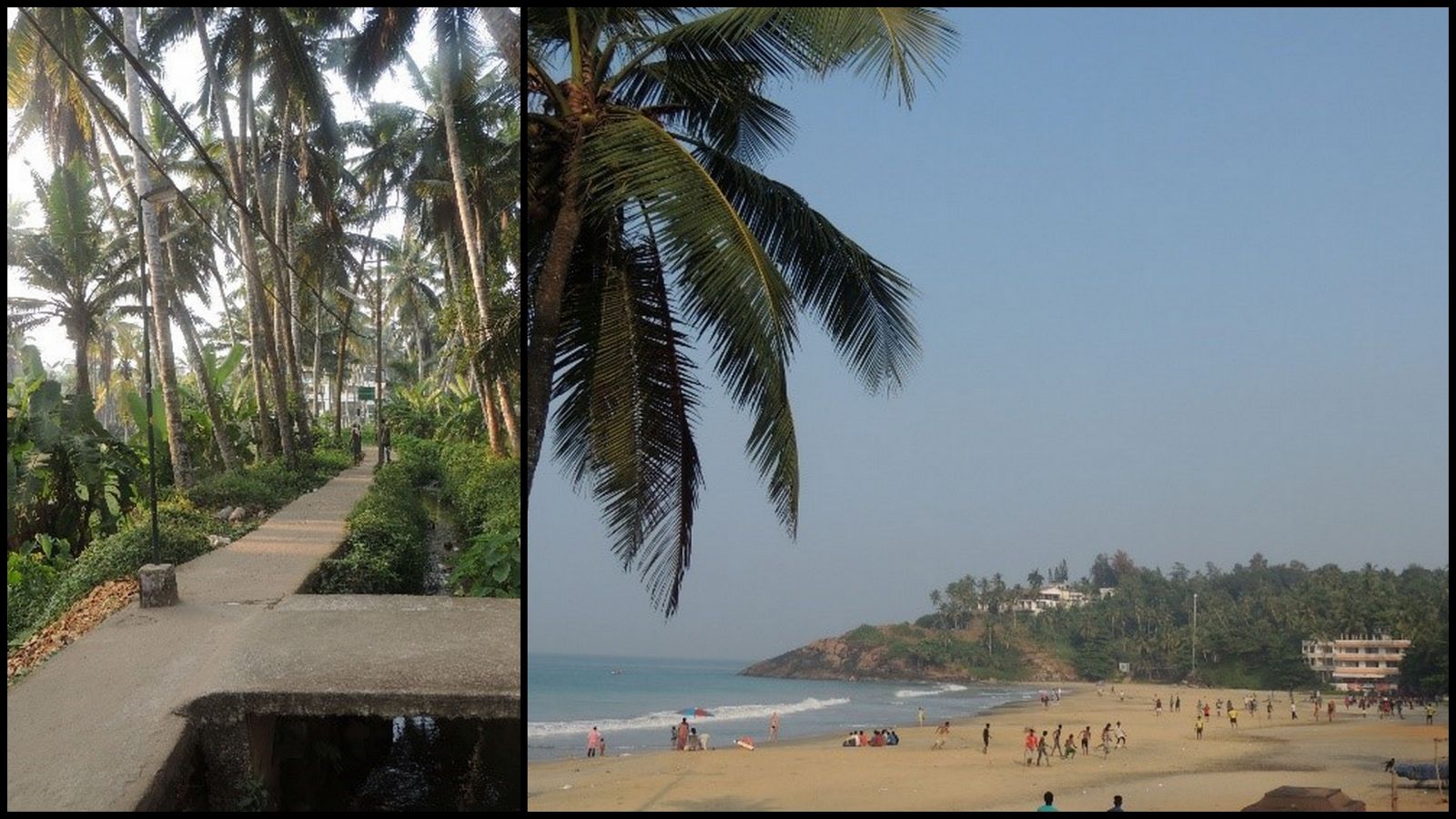 Notwithstanding the packed schedule of the tour, everyone wanted the tour to continue! From the Panch Rathas of Mahabalipuram to the breath-taking beach of Kovalam, we had covered more than 800 km in a week and half. The architectural marvels & design made it worthwhile and reminded all about the beauty, heritage and culture of India. Everybody bade goodbye with the promise of an even better and bigger trip the next year!